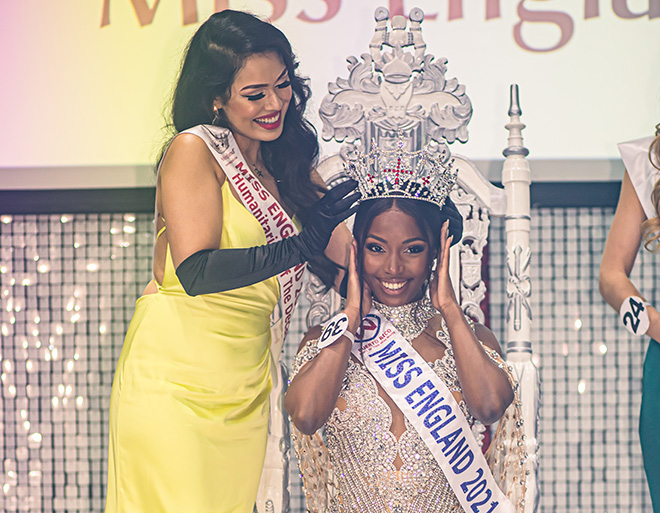 She is pictured receiving the crown as Miss England from last year’s winner Bhasha Mukherjee, a doctor in the NHS.

Rehema lifted the title after winning the inaugural Miss All African Colours pageant in February, run virtually and streamed live from its studio in Milton Keynes by video production company the Video News Factory.

TVNF also livestreamed the five hours of the Miss England final, which marked the contest’s return to a live event.