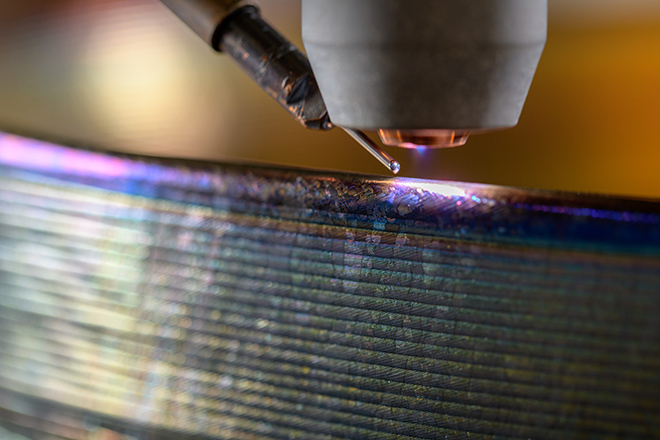 A SPIN-OUT company from Cranfield University  has received major investment from an international engineering and technology group headquartered in Singapore.

Now, with the investment from Accuron Technologies , WAAM3D will be rolling it out into the aerospace, energy and other industries.

Professor Williams, head of Cranfield University’s Welding Engineering and Laser Processing Centre, said: “For more than a decade we have been researching and developing this technology; it is set to have an enormous impact on manufacturing businesses around the world. I’m delighted that we can now really start to commercialise WAAM and bring real-world products to market.”

WAAM3D chief executive Dr Filomeno Martina said: “There is a huge market potential for this technology, based on the interest we have been receiving from various industry sectors. We are delighted to be partnering with Accuron Technologies to bring WAAM forward.  The company will bring in as many as 20 staff in the coming year to scale up operations. We also aim to keep close links with Cranfield University, as well as other institutional and industrial partners, internationally.”

WAAM can be used to produce large metal components with low cost and short production lead times. It uses an electric arc or laser to melt metal wire; is highly accurate, cost-effective, as well as environmentally-friendly with greatly reduced emissions and material consumptions.

Cranfield University has been at the forefront of WAAM research and has garnered the interest of many industry partners in this technology and won many accolades. At the 3D Printing Awards 2019, Cranfield University and WAAM3D won the Aerospace or Automotive Application of the Year prize.

The university will continue to focus its research on new processes via industrial projects and grants from the Engineering and Physical Sciences Research Council.

Tan Kai Hoe, president and chief executive of Accuron Technologies, said: “We are really excited about this opportunity to invest into WAAM3D.  We have been looking at several additive manufacturing technologies for a while and we think WAAM3D’s process has a real chance to transform manufacturing.

“We are very impressed with the company’s technology and expertise, which allows it to make large, high-quality parts for real-world applications.  With our capital investment and industrial knowledge, we hope to help the company realise its true potential.”

WAAM3D has received support from the Midlands Innovation Commercialisation of Research Accelerator, a consortium of eight Midlands universities.

Robert Evans, Technology Transfer Manager at Cranfield University, said: “This is without doubt one of the most promising technologies that we have helped to commercialise. It will make a huge impact on manufacturing and it is also ground breaking for a spin-out to receive investment from an organisation like Accuron. “We have had superb support from the company.”