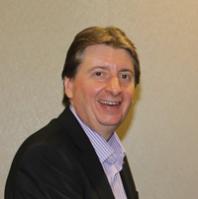 The findings from the QES, released today (Tuesday), a regular independent business survey, contains responses from 52 Milton Keynes based firms about their performance, concerns and trading experiences in Q1 of 2014.

Business in the borough continues to show confidence in both turnover and profitability over the next 12 months.

Milton Keynes Chamber chief executive Paul Griffiths (pictured) said: “The QES results for the first three months of 2014 gives a healthy outlook on the economy and indicates businesses are performing well in all areas.

“In particular, it is good news to see both the service and manufacturing sectors continuing to trade strongly in their home markets and recruitment levels remaining high.”

The survey shows 90% of manufacturers expect turnover to improve and 60% expect profitability to improve or stay the same over the same period.

Within the service sector, 80% expect turnover and 73% expect profitability to improve over the coming year.

Focusing on the domestic market, 90% (up from 50% on Q4 2013) of manufacturers surveyed stated that UK sales over the last three months had increased or stayed the same.

On advance orders, 40% of respondent’s expected increased sales over the next three months.

Of the service sector businesses who responded, the results were slightly better with 95%(up from 91%) reporting that UK sales had increased or stayed the same over the last quarter and only 2% reporting a decrease in advance orders.

Export sales and orders remained in positive territory this quarter with 60% of manufacturers reporting their export sales had increased over the last three months.

Within the service sector 98% of respondents were expecting their workforce to increase or stay the same over the same period.

There was also a more even spread of employment opportunities. Over 60% of respondents tried to recruit new employees during the first three months of 2014 with 80% of manufacturing and 86% of service vacancies being for full-time jobs.

A positive cashflow position continues for both manufacturing and service sector and investment plans for manufacturing in relation to both plant and machinery and training have improved considerably compared to the prior quarter with 40%(up from 4%) reporting an improvement in plans to invest in plant and 40%(up from 32%) on investment in training.

Fewer manufacturers fear they will have to raise prices in the coming quarter. Competition remains the leading external factor of most concern to businesses.

Mr Griffiths said: “The continuing confidence by firms shown in this report gives us more reason to believe the economy is turning a corner.

“However the government must support firms by providing long-term business friendly measures which go beyond the forthcoming General Election if we are to have a strong British economy again.”