YOU ARE AT: Business MK > News > Survey shows confidence at a new low 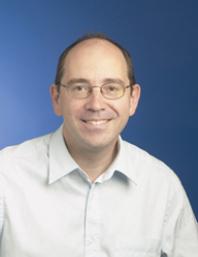 CONFIDENCE among UK business has plummeted in the last three months, according to new research.
A massive 81% of senior executives questioned by Opinion Leader Research on behalf of KPMG now view the prospects for the UK economy as either “bad” or “very bad” – a significant fall from the final quarter of 2008, when 60% saw prospects as poor.
Busines leaders also fear that the recession may prove to be longer and deeper than first anticipated – 87% say that the outlook for the British economy will only get worse before it gets better. However, there was a faint glimmer of optimism to be found as two thirds of businesses believe that the worst of the crisis will be over by the end of 2010.
One third of businesses surveyed had experienced financing difficulties over the last 12 months – compared with 16% in the final quarter of 2008. There is also indication that government measures to stimulate bank lending do not yet appear to have cascaded down to UK plc:  more than half of businesses were experiencing tighter borrowing requirements while 41% had seen credit costs rise.
Peter Selvey, KPMG senior partner in Milton Keynes, said: "There are very few, if any, chinks of light to be found in the latest Business Confidence survey. The fact that only one in ten businesses think we’ve hit rock bottom is indicative that many fear worse is yet to come."
It was no surprise that the brakes had been put on corporate expenditure and employment costs remain under the spotlight. There had been a steady increase in recruitment freezes and redundancies. However, Mr Selvey added, KPMG was seeing more firms looking at flexible working as a means of cost-saving.
"In addition to cost reduction and cash generation strategies, quantifying the impact of the risks associated with this economic downturn is absolutely mission-critical for businesses right now.
“Certainly in our day-to-day conversations with clients, we are asking them to consider more extreme situations than ever before – for instance, what would happen to your business if your sales fell by 50 percent? What if your biggest supplier became insolvent?
“Some of our clients may think we are being overly dramatic, but in fact we are only asking them to model scenarios that are actually happening across the marketplace."