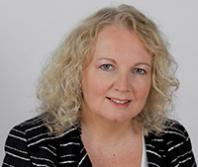 Mrs Owens, 68, wanted the court to grant her a divorce from her husband of 40 years. However, the highest court in the land, the Supreme Court unanimously rejected the appeal, meaning she must remain married to her husband.

Mrs Owens had applied for a divorce on the grounds that the marriage had irretrievably broken down, but this week’s ruling means that only after five years of separation will they now legally be allowed to divorce.

“It is an unusual case where the couples living arrangements, circumstances leading up to the divorce application and reasons cited for the divorce, meant that both the Court of Appeal and the Supreme Court refused the divorce,” said director Amanda Brown.

“We need a legal system with more flexibility, allowing no fault divorce and truly dealing with life in 2018, rather than the antiquated system currently in place,” she added.

Lord Wilson, who gave the majority judgment said the case was dismissed, "with reluctance" and that it was a question for Parliament.

Mrs Owens who left the matrimonial home three years ago and had been contemplating divorce for several years beforehand, said the marriage had broken down irretrievably.

She claimed her husband, with whom she has two adult children, had behaved in such a way that she could not reasonably be expected to live with him.

Mr Owens, 80, had refused to agree to a divorce and denied Mrs Owens’ allegations about his behaviour.

Supreme Court president Lady Hale said she found the case "very troubling" but it was not for judges to "change the law".

The original judge who heard the case said the marriage had broken down, but referred to Mrs Owens reasons cited for divorce as "flimsy and exaggerated".

Ms Brown said: “The Supreme Court judgement that Mrs Owens ‘must remain married to her husband for the time being’ emphasises that the pressure for divorce reform continues. We need to ensure that there is no let-up.”