YOU ARE AT: Business MK > News > Sums ‘n spelling… the eternal conundrum 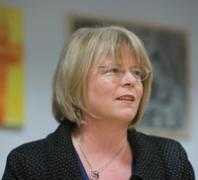 Matthew Hancock, the minister with responsibility for Further Education, went before the Business, Innovation and Skills Committee on Adult Literacy and Numeracy last week to explain how he hopes to improve the nation’s reading, writing and arithmetic.

The numbers are not great. 78% of working age adults in the UK do not have Maths skills expected of an average 16-year-old. 46% have similar problems with English.

Most shockingly of all, Britain is the only country within the Organisation for Economic Cooperation and Development where people’s basic skills today are worse than those of their grandparents.

Now we all know there are “damned lies and statistics,” but at Milton Keynes College we see the evidence. Of the 2,000 or so students aged 16 and 17 who enrolled this academic year, only 27% had both both English and maths qualifications and 52% had neither.

Of course it is important to note that, as universal education was introduced into Britain much earlier than in most other member countries, our grandparents’ generation had much more and better schooling than many of their global contemporaries.

Having said that it’s clearly a lead in a never-ending race which we have given away.

Mr Hancock’s response to this is to bring in the government’s Nudge Unit (no, it really is called that) otherwise known as the Behavioural Insights Teamto find out what’s going wrong.

The Nudge Unit website says it “applies insights from academic research in behavioural economics and psychology to public policy and services.” In other words, it looks for evidence as to why things are as they are and applies its philosophy to what it has discovered to come up with a way of making things better.

Undoubtedly, it’s a good thing that government is looking to base policy on evidence-based research rather than solely on political conviction. At Milton Keynes College we have our own ideas which we think might help.

It’s worth noting that at the same time as we’ve seen a failure to improve on the level of these basic skills the results in GCSEs have climbed steadily, year-on-year. If education is to blame for one, it must also be praised for the other, but it seems very contradictory.

The reality is, with SAT testing, league tables, Ofsted reports and every other kind of comparative measure available, education institutions constantly have to focus on getting people through exams rather than teaching them what they need to learn for the workplace.

We’re under the same pressures in FE, except that three-quarters of those people who fail GCSE Maths and English come to us to help resurrect their educational careers – we have to take a different approach.

When you’ve already been told you are no good at these subjects and you have the exam certificates to prove it, you are unlikely to be very receptive to the idea of doing them some more when moving from school to college.

As a way of restoring some enthusiasm, we believe the first step is to convince the student that maths and English are in fact essential keys which will open doors to the job to which they aspire.

They need to see them as skills and not subjects.

We are trying to create some enthusiasm for improvement in these areas. At the bottom of all my emails the electronic signature includes, “We are committed to improving English & maths for all at Milton Keynes College, so even though this is sent from my iPad please point out my errors, even the typos and unexpected auto-corrects.”

Trust me, when the Principal invites people to point out where she’s going wrong in her spelling and grammar, they are not slow in coming forward. This approach is shared among all the staff. We all tell each other when we’ve made mistakes, and the students know it.

This technique has been translated to the classroom. When a student gives a presentation, the class critique now includes pointing out grammatical or mathematical errors, encouraging a sense of improving together and learning from each other.

All staff now use a standardised set of symbols for corrections when marking written work so students immediately understand. One of my colleagues walked into a class recently where one student was explaining the use of apostrophes and heard another say: “Oh good, I never understood apostrophes. I really need to know this.”

We’re seeing skills improve and confidence and enthusiasm grow, but how will we measure whether such an approach is a success? Here it might be tempting to come back to exams again but from a different direction.

I strongly believe that if the basic skills can be learned, the exam results will surely follow. But we need to step out of the constraint that everything revolves around these precious pieces of paper. We have all worked with highly qualified people who were less-than-useless at their jobs.

Exams may be a measurement of knowledge but in the workplace it is the underlying skills themselves which matter.

The real test will be in employment. If our young people can achieve the jobs and careers they want and make real contributions to the businesses they join, that will be the proof that our approach works.

Be in no doubt, we will happily share this information with Nudge and the minister.