YOU ARE AT: Business MK > Information Technology > Study probes our technology ‘addiction’ 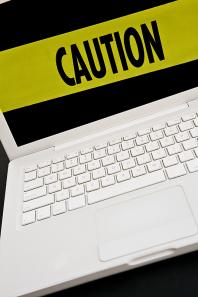 They analysed data from more than 1,200 respondents representing a broad spectrum of society ranging from those on low incomes to management and directors.
The study explored technology usage from the context of how individuals spend their working and social day overall.
Andrew Kakabadse, Professor of International Management Development at Cranfield, said: “Our global study concluded that techno-addiction is all about being addicted to a particular lifestyle – or work style – and as such, is driven by ambition, need for relationships, need for intimacy and social networking and age. Some people live to socialise, others live to work, while others guard their privacy and personal time.”
Responses were divided into four separate profiles and examined in terms of technology adoption, work-related usage, personal-related usage, pleasure orientation and addiction to ICT.
Almost half of the respondents use work computers for personal reasons, the study found. An overwhelming 70% of the young, capable and ambitious group admitted to spending up to a quarter of their time browsing the internet for personal reasons, although many stated there were also some-work related reasons for doing so.
A similar number from the group that are young, autonomous, personally well connected and sensitive spent up to 50% of their working day accessing social network sites such as Facebook and MySpace.
More than half admit to using the internet for flirting, affairs and sexual advances. More than 55% of the group that were young, pleasure orientated and sexually driven stated they have made sexual advances online and have had direct or indirect sexual advances made towards them in return.
Between 26% and 47% of the other three groups admit to being the target of sexual advances and between 18.5% and 35.9% to making sexual advances.