YOU ARE AT: Business MK > News > Study focuses on risks of migrant exodus 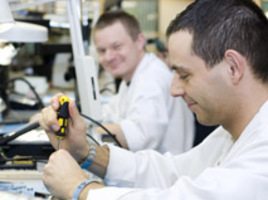 Migrant Worker Availability in the East of England will, for the first time, offer a clear picture of how many migrants are working in the region, and whereabouts they live.

The study will also investigate issues which can facilitate or impede migration, as well as the potential risks to businesses, public services and the regional economy as a whole, if migrant worker availability was to reduce significantly.

The Institute for Public Policy Research , the UKâ€™s largest independent think-tank and leading migration research centre, will conduct the study over the next six months and will report in the New Year.

The findings will form part of EEDAâ€™s on-going work on the economic issues surrounding migrant workers in the East of England.

Mark Allison, migrant workers manager at EEDA, said: â€œMigration is an important and emotively-charged subject, and itâ€™s sometimes hard for people to see the extent to which it helps the economy. The message we get from businesses is unequivocal – that they could not survive without migrant workers.

â€œHowever, it is of vital importance that decisions surrounding migration policy, both regionally and nationally, are made with due consideration of hard evidence.

“EEDAâ€™s economic risk assessment is a big step towards this and will provide a model for other regions to carry out similar assessments.â€

Previous IPPR research states that the East of England has witnessed significant flows of migration in recent years. Some 12% of migrant workers from eastern European states such as Poland, Latvia and Slovakia, who joined the EU in 2004, registering on the Worker Registration Scheme between May 2004 and December 2007 worked, at least initially, in the East of England.

However, the same IPPR research also estimates that over half of those migrants that arrived in the UK since 2004 have already returned home.

Luton is the base for 8,225 migrant wrkers, according to WRS figures â€“ the town with the seventh highest figure in the UK.

Dr Danny Sriskandarajah, director of research strategy for IPPR, said: â€œIt is important to understand that migration is not a one-way process. We know that the East of England has been a popular destination for migrants in recent years but this doesnâ€™t mean that migrants will continue to arrive in such large numbers. Migration often ebbs and flows.â€

Factors including exchange rate fluctuations, employment opportunities in other parts of the UK and the opening up of labour markets in other European states affected migration patterns, Dr Sriskandarajah added.

â€œGiven the dependency of some businesses and public services on migrant workers, we need to plan for what might happen if migration patterns change dramatically.

“”EEDAâ€™s study will give us a clearer picture of the potential economic opportunities and risks for the region, and help us build a better picture at the national level also.â€

The study will employ a mix of qualitative and quantitative methods, with an interim report expected in the summer, before the full findings are published early in the New Year.

The study was announced on the same day that leading national thinker and critically-acclaimed writer, Philippe Legrain visited the region to promote his new essay: Why the East of England needs migrant workers and what it must do to make the most of them.

The essay can be downloaded for free at www.eeda.org.uk/migrantworkers.
“