YOU ARE AT: Business MK > Education > Step back in time… 2,000 years of living history

Step back in time… 2,000 years of living history 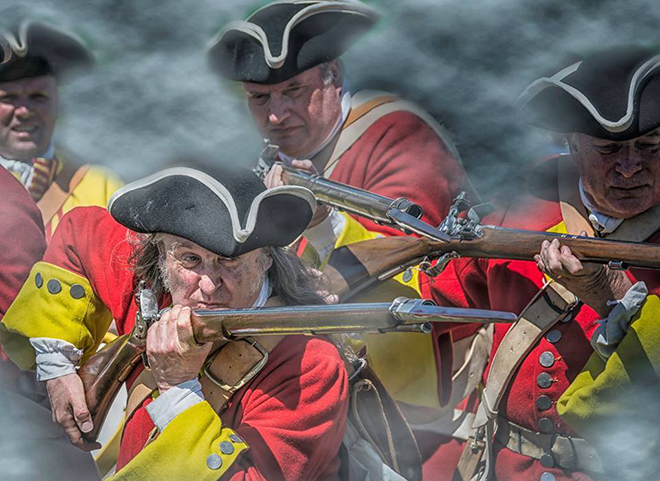 The Festival of History takes place in Campbell Park this weekend.

EXPLODING cannon, clashing swords and a romp through Milton Keynes history led by re-enactors and compelling story-tellers… This is your chance to travel back in time to experience local life from the first to the 21st centuries.

Campbell Park is preparing to host the Festival of History, a celebration of Milton Keynes’ past that showcases the work of key local heritage groups.

Organised by Heritage MK in partnership with the Parks Trust and Milton Keynes Heritage Association, the Festival of History takes place every two years. In 2017, it marked the city’s 50th anniversary celebrations, and received over 5,000 visitors each day. The organisers are keen to build upon this success and 2019 promises to be bigger and more exciting than ever.

This year’s Festival of History takes place this weekend (June 15-16) in Campbell Park. Set across an arena, open-air stage and the park itself, the festival offers a fantastic combination of live events, re-enactments and demonstrations of traditional crafts and skills from leatherwork and carpentry, spinning, dying and weaving to butter and breadmaking.

“We are extremely excited about this year’s Festival of History and all the planned events which will be a true representation of our city and region’s history,” said Heritage MK director Noël James. “The re-enactments, the objects on display, films that will be shown, food, music, arts and crafts are just some of the examples of what we have planned that present a clear vision of our rich heritage.

“It is an exciting opportunity for Heritage MK to showcase a reimagining of life through the ages making this a truly spectacular day out for all.”

The festival gives visitors the opportunity to chat with local heritage groups and learn from history advocates that work tirelessly to protect and promote aspects of the region’s past.

The event has something for everyone. Visit the Festival of History to:

No registrations or tickets are required. Visit https://heritagemk.co.uk/mk-festival-of-history/ for more information.