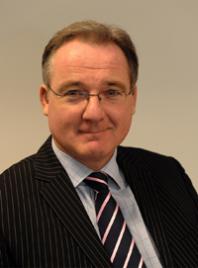 The latest office review for the M1 corridor reveals that the town is expected to outperform the 2013 annual take-up of 381,000 sq ft.

The confidence in the office market comes after 143,000 sq ft of office space was transacted between April and June this year, the majority of which was new or recently refurbished space.

Ian Leather (pictured), head of office agency for LSH for the M1 corridor, said the surge of activity in Milton Keynes has meant the amount of grade A space is in short supply.

“There has been a significant increase in office take-up in the area, with stellar results in Q2 this year compared with Q1,” he said.

“This continued lack of supply along the M1 corridor as a whole is hindering the flight to quality that is driving occupier demand. In Milton Keynes in particular, there is now a good opportunity for landlords to refurbish buildings to attract businesses that want good quality office space.”

He said the need for refurbishment has come after three significant transactions earlier this year: two at CBXII, where Ingam Micro took up 30,800 sq ft on a ten-year lease, and New Era agreed a 10-year lease of 22,235 sq ft, and at Bank House, where Xero took 13,670 sq ft on a five-year lease with an option to break at year three.

The office review also reveals that Luton is expected to see an increased number of transactions in the grade A market over the next few months.

Office to residential conversions continue to be popular in the town, with 54,000 sq ft transacted between April and June.

In Northampton, however, the numbers of office transactions was down.

“There has been fluctuation in the level of demand from occupiers this year but we are now seeing that change,” said Mr Leather.

“There are definitely more conversations taking place now with occupiers wanting new-let and pre-build offices and this trend will continue as the better quality spaces are taken up.

“We predict that the biggest impact on occupier demand will be the return of rental growth and the reduced gap between gross and net rents as incentives are reined back in response to the lack of availability.”