YOU ARE AT: Business MK > News > Start-ups need support to thrive and boost the post-EU UK economy, say advisers 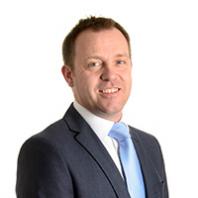 The number of new start-ups in the East of England rose by 4.5% to 253,955 in the year to March 2016, indicating the region’s entrepreneurial spirit remains well and truly alive.

However, challenges to business growth remain including a punishingly complex tax system and chronic skills shortages which threaten to limit the growth of these fledgling companies who are vital to the future economy.

Mark Morton (pictured), at Grant Thornton’s Northampton office, said: “Given the uncertainty generated around the Brexit vote, it is no mean feat that the number of new start-ups across the region rose considerably last year.

“But starting a business is just the beginning and what we don’t see is how many of these new ventures go on to become thriving, growth focused companies which can make a significant contribution to the local and national economy.

“The UK’s complicated and ever-shifting tax system has been consistently highlighted by early stage businesses as a major barrier to growth, as has finding the right people with the right skills to take these entrepreneurial ventures forward.

“Start-ups play a key role in our economy, generating jobs and wealth, stimulating new technologies, innovations and efficiencies for other sectors and boosting productivity across the board. We need to create the right environment for these companies to thrive and most importantly, remain local, to create a vibrant, progressive and productive economy outside the EU.”

The UK tax system is a daunting labyrinth that many start-ups lack the resources to navigate. As a result, R&D tax credits, video games tax relief and Patent Box initiatives which can all slash a business’ tax bill, often go under claimed.

Mr Morton said: “We continue to call for simplification of the UK tax system to create an environment that encourages rather than restricts entrepreneurship and innovation.”

In the Budget earlier this year, small businesses with a turnover below the VAT threshold were given an extra 12 months to April 2019 to keep digital tax records and send HMRC quarterly updates under the Making Tax Digital initiative.

“The deadline may seem way off but businesses need to prepare now and ensure they have the right skills and resources to achieve this,” said Mr Morton.

But most early stage businesses cannot afford to pay high salaries for the talented individuals they need or fund the training required to upskill existing employees, he added.

According to the Tech Nation 2017 report, 50% of digital tech businesses say that talent supply is their number one barrier to growth.

Mr Morton said: “Businesses with fewer than 50 employees who do not qualify to pay the 0.5% Levy on their payrolls can now take on and train a 16-18 year old apprentice without contributing towards the cost up to the funding band maximum.”

They can also receive a £1,000 payment to help meet the associated costs.

If an apprentice is under 25 years, employers may not have to pay Class 1 National Insurance Contributions – some 13.8% of wages – on their earnings if they are below £45,000 per annum.

Mr Morton said: “Some may question the value of this approach, as ideally fast moving entrepreneurial businesses need people who can hit the ground running. But with the right candidate who shows potential, funded apprenticeships could provide an effective way to expand the team when resources are limited.”