YOU ARE AT: Business MK > News > Staff put balance before bonus, says survey 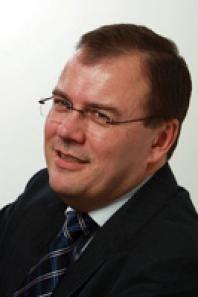 Flexible working is the most valued benefit for employees, a survey by business advisers PricewaterhouseCoopers has found.
Almost half of more than 1,000 professionals questioned put it at the top of their list of priorities, while less than a fifth rated performance-related bonuses above other considerations.
The findings come as the new coalition government is looking to extend the right to request flexible working to all employees.
Andy Groves, senior partner at PwC’s office in Milton Keynes, said that after two years of recession, employers were careful in taking on new recruits. Existing staff were expected to do more with less.
He added: “Our survey indicates that employees may be feeling the pressure, with large numbers hoping for a better work-life balance in the future and half saying they would rather work for themselves.
“With bonuses unpredictable in uncertain economic conditions, employees are looking for broader benefits. Companies that can adapt to the UK’s growing flexible working culture will be best placed to sustain morale and retain top talent when the job market becomes more buoyant.”
The Managing Tomorrow’s People study interviewed 1,167 professionals and found that a good company pension plan was the prime perk for 15 per cent of respondents, making it the third most popular benefit. Those of less importance included paid time off to do social or humanitarian work; networking and social activities; paid training and development.
Mr Groves (pictured) said: “The full extent of the pensions crisis is starting to hit home to many employees. Most UK employers believe they have a role in helping their staff save for retirement but are looking for realistic ways of doing this which do not destabilise the business.”
Other findings include how professionals imagine their future working lives. More picture themselves working in a virtual place, where employees log on from any location, than from centralised hubs in major city centres.
Respondents were clear about their future employer. Exactly half would prefer to work for themselves. Almost a third would like to be employed by a company whose values match their own, while the remaining 20% want to work for an elite company that employs only the best.