YOU ARE AT: Business MK > News > Staff morale is slumping, says report 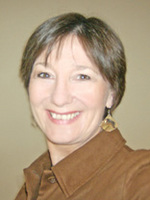 Published by Investors in People UK, the organisation that works with companies to improve their productivity, and carried out by YouGov, the research found that 44% of South East workers are considering taking action and leaving their job in the next 12 months.

The top reasons cited by employees who say they do not feel motivated were feeling underpaid (21%), unreasonable workload (16%) and lack of clear career path (15%).

Trish Fraser (pictured), managing director of Quality South East – the Investors in People Centre for the region – said: â€œEmployees, however long they have worked in an organisation, want better support from their managers alongside clear and effective feedback on their performance.

â€œThis support is vital when it comes to mapping out career paths and identifying relevant training and development. Without it, employees are likely to drift and depart rather than stay engaged with their organisationâ€™s objectives.â€
Nearly half of employees (45%) in the region also claim their organisation has failed to continue supporting their career development beyond their initial induction period. Almost a quarter (24%) of workers with line managers said they felt unsupported by them.

Nationally, the research revealed that those employees who have been in their job for one to two years are most likely to be considering leaving their job (48%). This group also cited the lack of a clear career path (24%) as the most demotivating factor â€“ greater than workload (17%) or pay (16%).

Trish Fraser said: â€œThis research reveals a worrying picture, not only because such a significant proportion of employees in the South East are demotivated but also because it suggests that valuable employees may be heading for the door.

â€œWe hope this research will act as a reminder to the regionâ€™s employers, ensuring they stay alert to the signs of employee demotivation and take action to address it. Those that donâ€™t, risk losing valuable talent and experience.

Investors in People is a straightforward framework for delivering business improvement. Accredited companies in the South East that have met the requirements of the Standard range in size from nine to more than 40,000 employees.