YOU ARE AT: Business MK > News > Spending review: the gain will be worth the pain

Spending review: the gain will be worth the pain 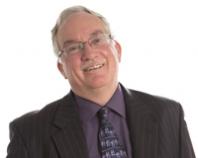 WITH £1 trillion of debt and current interest payments of £43 billion per year that would grow to £63 billion if left untreated, the Chancellor of the Exchequer was left with no choice but to make monumental public spending cuts.
To put these numbers in context, the government spends £35 billion on education and £104 billion on healthcare per annum. This spells out the importance of preventing the UK’s annual interest charge from rising to £63 billion.
The drive to reduce waste should cut annual government spending from £651 billion to £568 billion. Although this is an admirable saving, what will be its impact?
Capital transport projects, worth £30 billion, will continue. For example, this will include improving and increasing the capacity of the M1, M25, M62, A11, A3 and A46.
The railway system across the Pennines will also be upgraded. Other rail improvements will benefit Wales, Birmingham, Manchester, Liverpool, Preston and Blackpool and include a new suspension bridge over the Mersey at Runcorn. In the north-east, the Tyne and Wear Metro and Tees Valley bus network will be refurbished.
Losing certain quangos and public sector roles will amount to 490,000 fewer jobs and a 20% increase in unemployment. Although this will reduce the UK’s collective consumer spending power, the cost to the public purse will affect economic recovery and welfare spending.
On balance, the government hopes that private sector growth will absorb those who have been made unemployed.
The big challenge is as to whether the private sector will compensate in this way and if it will be tested in the South East more than any other region. I expect that the Bedfordshire and Milton Keynes area will a become barometer of the policy’s success over the next year.
Those remaining in the public sector will have to pay for their pension benefits, which should reduce this £33 billion cost by £1.8 billion. Similarly, MPs’ final salary pension arrangements will have to end.
Everyone will need to work to pay taxes and National Insurance for longer and receive state pension benefits later. This will start in 2018 when the State retirement age for men and women will rise to 66. Those who want to retire early will need to save money to cover the years before a State Pension allowance becomes payable.
Those who suffered after investing in Equitable Life will be compensated from a fund of £1.5 billion. This reflects the independent report prepared for the government and will help pensioners.
In recognition of how pensioners have worked and saved hard all their lives, they will still receive free eye tests, prescription charges, bus passes, TV licences (for over 75s) and winter fuel payments.
Although the welfare system needs to remain fair, it needs to be reduced by £11 billion. There are instances where the benefit bill of a single out-of-work family amounts to the tax bills of 16 working families. This cannot continue.
Furthermore, the reforms will encourage people to find work as the intention is to ensure that the employed are better off than the unemployed.
The efficiencies of technology are expected to reduce HMRC running costs by 15%. It will also receive £900 million to deter and detect fraudsters which should give a return-on-investment of around £7 billion. As a result, I expect we will see more focused investigations from HMRC in the future.
We have all known since June that we will all pay a little more tax. Overall some tough decisions have been made to reduce the UK debt and create a fairer system for all; employed or unemployed, retired or in working families.
Hopefully the gain will be worth the pain. If all goes to plan, we will all be relieved and pleased with the UK’s economic stability in a few years time.