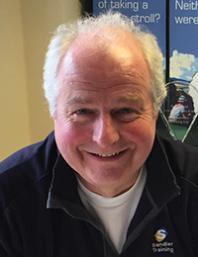 The vast majority of owners in the East of England think a degree is less valuable now than it was ten years ago. Only 16% said they would consider hiring more graduates in five years time – 52% of respondents would rather opt for an apprentice for an entry-level role.

Sandler Training (UK), a business development consultancy, commissioned the research to get insight into how UK small businesses feel about youth unemployment and hiring 16-24 year olds for their entry level roles.

Despite 89% of small business owners in the East of England saying that they were worried about youth unemployment, when asked who had the biggest responsibility to solve it the government topped their list and UK businesses came in last.

Over a third (34%) of small business owners thought solving youth unemployment was the government’s responsibility, followed by schools/ education establishments (24%), young people themselves (21%) and UK businesses (21%).

Disappointingly less than a quarter (21%) of small businesses in the East of England say have hired an 18-24 year old school/ university leaver in the last two years. For those that did, over half (57%) said that they had a poor experience. The main reasons for this was that the employee did not have the right skills (42%) nor the right attitude (36%). A further 22% said that they had a bad experience because the worker did not stay very long.

Chris Davies (pictured), Sandler Training’s managing director in Milton Keynes, said: “Small businesses account for 60% of all private sector employment in the UK – they cannot simply turn their backs on the over a half a million unemployed 16-24-year-olds in the UK and pass the buck back to the government.

“Because some have had a poor experience with school leavers, for many small businesses the standard practice is to put in place barriers for even the most basic of entry level roles to dissuade school and university leavers, such as ‘minimum two years work experience.’

“This just exacerbates the issue of youth unemployment as the school leavers cannot even get on the job ladder and they become desperate to take any job they can, which just fuels a vicious cycle.”

Mr Davies said: “There are many talented, high-quality young candidates in the East of England entering the job market. To find them, small businesses must put processes in place to identify the applicants that have the right attitude, who would fit in well with the company culture and then be developed over time.

“People stay at companies where they respect their values, and where the business values them. By taking on a young person based on attitude, they can be developed and taught the right skills to start a career within the organisation.

“And finally young people can stop being discriminated against for lack of experience.”