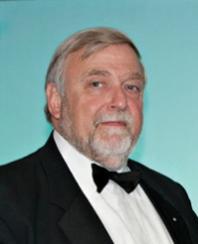 The move, announced in July, has led to serious concerns among small firms in Bedfordshire and North Buckinghamshire, which fear the impact on postage costs.
Business Secretary Vince Cable says that Royal Mail is now on an "irrevocable course” towards privatisation and has promised to get the organisation “across the line” by April 2014. However, the precise timing is not yet finalised.
Charles Smith pictured, regional chairman of the Federation of Small Businesses in Bedfordshire, Cabridgeshire and Hertfordshire, said: “We understand reform of Royal Mail is needed to make it more competitive. However our members have serious concerns about the impact this could have on postage costs.”
Those in the more rural parts of the three counties has already experienced sharp increases in the cost of letters and parcels, he added.
“Additional rises would only further undermine the ability of the smallest firms and start-ups to compete, especially those who operate in the growing e-commerce field, plentiful in this region.  Any weakening of the universal service obligation would only add to these problems.
“ It is therefore vital that regulators are fully aware of these issues and ensure fairness in the market place especially for the smallest firms and those in the rural communities.”