YOU ARE AT: Business MK > News > Small firms back rate relief bill 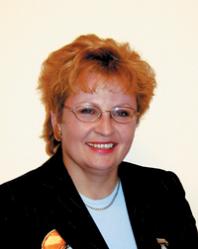 The Early Day Motion, signed by more than 100 MPs, was tabled by Peter Luff, Conservative MP for Mid Worcestershire. The House of Commons is due to debate the motion on March 6.
The FSB is working with Mr Luff, who chairs the Business and Enterprise Committee, on the Small Business Rate Relief (Automatic Payment)Bill, which would see rate relief granted automatically to those firms that are entitled to it.
A FSB spokesman said that exemption from paying business rates, which already happens automatically in Wales, could be worth up to £1,200 and would be an important saving, helping small businesses with their cash flow.
Business rates are the third largest cost to small firms, after salaries and rent. Yet many small businesses are unaware they are entitled to rate relief. Every year,
around £400 million goes unclaimed from local authorities.
Small firms across the country are lobbying their MPs to champion their case for automatic rate relief by signing the Early Day Motion and supporting the Bill on the day of the debate. The nationwide campaign is also being supported by the steering group of the Local Works coalition as well as other business organisations.
FSB Luton and South Beds branch chairman Carole Hegley (pictured) said the Bill demonstrated the strength of feeling on how important rates relief was to small businesses in the current economic climate.
She added: “After rent and wages, rates are the biggest cost to a business and automatically getting the relief they are entitled to would be extremely welcome. During the recession, this cash injection could save many small businesses from laying off staff or closing down completely.”
Mr Luff said, "I am delighted at the strong and growing support the Bill is gaining both in the House of Commons and in the wider world. It shows how many people and organisations agree that it is an important measure that could really make the difference for many small businesses."