YOU ARE AT: Business MK > News > Skills: the No.1 barrier to growth, say county firms

Skills: the No.1 barrier to growth, say county firms 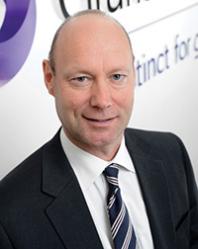 The findings in a new survey from financial and business advisers Grant Thornton underline the challenging conditions local businesses are facing.

The poll has been conducted to mark the launch of Northamptonshire Limited 2018, Grant Thornton’s annual health check of the county’s economy which looks at how its top 100 companies are performing.

Results of the launch survey show that more than three quarters (77%) of Northamptonshire businesses questioned cited a lack of relevant skills as the key factor holding back economic progress in the region.

This was followed by government support for businesses (36%), limited supply of commercial property (33%) and underlying transport and infrastructure (25%).

Unsurprisingly, given the current economic and political climate, the poll also revealed that more than half (59%) of local firms are contending with more difficult trading conditions than they were 12 months ago.

“But it’s important to recognise a lot has changed in the past year as Brexit negotiations progress and President Trump takes a tougher stance on international trade.

"This has created more uncertainty although it was positive to hear the Chancellor take a largely more optimistic stance on the state of the UK economy in his recent Spring Statement.

“Skills shortages continue to remain a major concern for local firms. Securing the right people with the right skills to take a business forward is key to growth and something which firms are going to have to work harder to achieve in an increasingly competitive marketplace.

“Many are still missing out on the potential benefits of the new Apprenticeship Levy with the government recently announcing a significant fall in overall uptake. The scheme can provide a valuable route to upskill existing and future employees at relatively low cost to help overcome the talent gap.”

However, the survey showed that Northamptonshire businesses are preparing well to overcome these challenges. More than half are likely to make significant capital expenditure over the next 12 months with investment in technology and systems seen as the top priority.

"Businesses also expect export levels to increase or at least remain the same in the next year as looking outside domestic markets becomes increasingly more important for growth.

“Despite the current bumps in the road, many firms are planning to invest over the next year, which would suggest a more optimistic view about their longer-term prospects.

This year, the event will feature a panel including: