YOU ARE AT: Business MK > News > Shopper numbers set new record at thecentre:mk 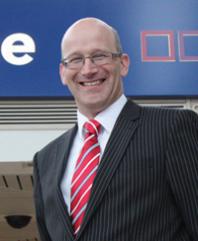 More than one million shoppers visited the centre’s 230 stores. Boxing Day figures alone show a 20% increase on 2010.
Boots passed the £1 million turnover mark in the two weeks before Christmas. Next had to restrict access into certain departments within three hours of its sale launch due to overcrowding and other retailers had to pull stock in from satellite stores to cope with the demand over the period.
Phase Eight’s takings were up by 91% in the week leading up to Christmas, and TK Maxx has reported a 18% increase in takings year on year for December.
Cafes and restaurants also benefited. Wagamama recorded unprecedented takings and Costa Coffee broke a number of records throughout December and early January.
Robert Hall (pictured), centre director at thecentre:mk, said: “There is no doubt that the retail picture across the UK is fragile but at thecentre:mk we have been bowled over with some of the broken records our retailers are reporting and the unprecedented footfall figures throughout December and early January.”
Public consultation continues on thecentre’s plans for its £30 million extension, which would create 400 new jobs.
Mr Hall said: “It is clear to see the popularity of thecentre:mk remains high. The trading figures we achieved over the period are evidence of the strong local and regional pull of thecentre:mk, and we must continue to develop in order to maintain this.”