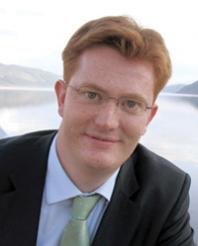 The announcement by Danny Alexander (pictured), Chief Secretary to the Treasury, confirmed the details of a new Single Local Growth Fund to transfer funding streams to LEPS, with £2 billion in 2015 and at least that in every year for the rest of the decade.
SEMLEP also welcomes the government’s commitment to invest over £28 billion over six years from 2014 in enhancements and maintenance of national and local roads and a further £250m in delivering fixed superfast broadband to 95% of the population by 2017.
LEPs have consistently lobbied government for more investment in these areas to support economic growth.
SEMLEP chair Dr Ann Limb said: “This Single Local Growth Fund points to a growing and more significant role for the country’s business-led LEPs as the future building blocks for economic growth in England.
"In the South East Midlands, working with our local authority partners, we are geared up to making valuable use of these new resources and we hope that by demonstrating delivery in the first year we will be able to encourage government to put even more into the fund going forward.”
SEMLEP is ready to deliver accelerated and tangible growth in homes, skills and jobs, she added.
“At least £2 billion a year up to 2020 for LEPs will help us to help stimulate jobs and growth,” Dr Limb said.
“We recognise the real cuts being made across many sovernment departments, so this is a positive step and our job now is to ensure we make the strongest possible business case in order to access future funding for the South East Midlands.”