YOU ARE AT: Business MK > News > SEMLEP chief executive to step down

SEMLEP chief executive to step down 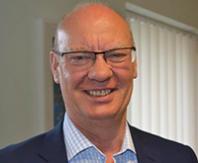 He succeeded Daniel Mouawad, who had been chief executive since SEMLEP launched in 2011.

Mr Catchpole joined SEMLEP after five years at the helm of the Tees Valley Unlimited  Local Enterprise Partnership. Before that he spearheaded the urban transformation of Wolverhampton as chief executive of the Wolverhampton Development Company.

Mr Catchpole said: “After nearly two years in post, I have decided to retire at the end of this year.

“I strongly believe that the South East Midlands area and SEMLEP can be proud of the economic success that has been achieved.

“More importantly the future looks likely to bring further success as realisation of the Oxford-Milton Keynes-Cambridge Growth Corridor offers a once in a lifetime opportunity for even greater prosperity for both businesses and residents of the area.

“The SEMLEP Board will be discussing options for my post going forward.”