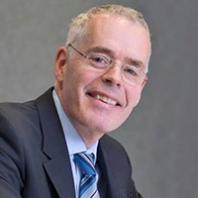 He succeeds Ann Limb, who stepped down at the end of February.

Mr Horrocks was the university representative on the board of SEMLEP, the public-private organisation responsible for steering government investment and promoting local sustainable growth in the South East Midlands, during his time at the OU between 2015 until April last year.

“Peter joins us at an important time for our regional economy,” said SEMLEP board member Mary Clarke, who led the recruitment panel for the new chairperson. “As we continue to prepare for EU exit, our priority is to bring together businesses, government and our local civic leaders to build economic resilience, prioritise investment and plan the growth we want to see for the benefit of all communities across the South East Midlands.”

Mr Horrocks will play a key role advocating for the South East Midlands economy, raising the profile of SEMLEP to government ministers, businesses and investors. He will work closely with partners to shape and deliver the long-term economic vision for the Oxford-Cambridge Arc and the SEMLEP area which sits at the heart of this national growth area.

He said: “I am delighted and very grateful to have been appointed to the SEMLEP chair role. My passion is for ideas and innovation, so it is thrilling to be in a position to support the UK’s most innovative business area.

“I look forward to playing my part in building growth for our region that is sustainable, inclusive and of high quality.”

He joined the OU from the BBC, for whom he was director of the BBC World Service. At the BBC, Peter held several roles, including being editor of Newsnight and Panorama, head of current affairs, head of TV news and head of multimedia news. He won two BAFTA awards for his journalism.

In 2015 Peter was awarded a CBE for Services to Broadcasting in the Queen’s Birthday Honours.

Mary Clarke said: “We are delighted to appoint Peter as our new chair of SEMLEP. Peter’s strong strategic leadership qualities, alongside his political and commercial acumen made him an outstanding candidate for this role.”