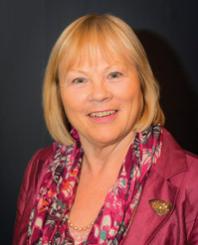 Chancellor of the Exchequer Philip Hammond revealed that £542 million would be given to local enterprise partnership across the Midlands and the East as part of the Local Growth Deal, helping to fund vital infrastructure projects.

A further £110 million was pledged to fund East-West Rail and the Cambridge-Oxford expressway, forming a ‘transformational tech-corridor’.

SEMLEP chair Dr Ann Limb said: “The South East Midlands is at the centre of Britain’s Brain Belt. We have some of the sharpest minds in the country within our midst and we now have a huge opportunity to draw on the world-class research strengths of Oxford and Cambridge and use it to help us grow.”

The exact Local Growth Deal agreement for the South East Midlands Local Enterprise Partnership is yet to be announced but is due to be finalised shortly.

SEMLEP chief executive Stephen Catchpole said: “Securing a satisfactory Local Growth Deal is essential to our ambitions of building a vibrant, successful and pioneering region which is leading the way in growing our local economy and creating thriving local communities.

“We welcome the investment into East-West Rail which will link Northampton, Bedford and Milton Keynes with the two best-known Universities in the country.

"Investing in this corridor is the key to unlocking billions more economic value for the country just when it is needed most.”