YOU ARE AT: Business MK > News > SEAT MD is hailed as an ‘outstanding leader’ in car industry

SEAT MD is hailed as an ‘outstanding leader’ in car industry 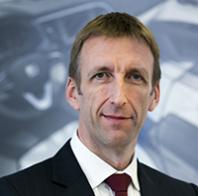 Mr Harrison has overseen the launch of some of the most significant SEATs in recent years, notably the first SEAT SUV, the Ateca, the latest Ibiza supermini and all-new Arona compact crossover.

No stranger to SEAT prior to his appointment as managing director in 2015, he had already spent a decade with the brand in previous roles in global sales and network development.

Mr Harrison’s vision for SEAT in the UK – its HQ is in Milton Keynes – has led to one of the most prosperous periods in its history, capturing the attention of the Autocar team to secure the top accolade.

The Autocar Awards is an annual event, celebrating exceptional cars and people in the industry at a ceremony held in Silverstone’s Wing complex.

Mark Tisshaw, editor at Autocar, said: “Richard Harrison is the man behind one of the industry’s great success stories of recent years.

“His company has fully embraced the growing popularity for SUVs among buyers, while its long-established models are now better than ever.

“SEAT cars are now true class leaders, and our winner has played a key role in boosting brand awareness to tell the buying public how good these cars are.”

Mr Harrison said: “This award is significant for everyone at SEAT. We are extremely fortunate to have a workforce that embodies our brand values and believes in the brilliant cars we build.

“With their support, it is been possible to surpass all expectations and deliver outstanding results, and I’m looking forward to the very promising period ahead.”

SEAT will continue its largest product offensive to date with the addition of a seven-seat SUV, the Tarraco, later in 2018.