YOU ARE AT: Business MK > News > Sales growth is behind boost in confidence, says accountancy body

Sales growth is behind boost in confidence, says accountancy body 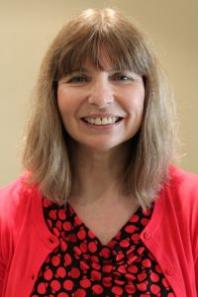 The latest Business Confidence Monitor produced by the Institute of Chartered Accountants in England and Wales shows that despite the uncertainty surrounding the current political and economic environments, confidence has improved and become marginally positive (+0.7) in Q4 2017.

Figures for firms in the South East have improved but confidence is still on the wane, at -4.9 compared to -9.1 a year ago.

ICAEW East of England director Andrea Dunhill pictured said: “It is promising that business confidence in the East of England has bounced back after a period of negativity in Q3. This higher confidence is due to an upward trend in domestic sales growth over the last year resulting in businesses reporting improving profits. As a result of this, businesses are increasing their investments.”

Domestic sales continue to trend upwards and the number of companies operating at capacity is at its highest for almost a decade.

In the South East, profits are still growing at the same rate as last year at 2.9%, however, well below the UK average, due to rising input prices.

Companies are facing a tighter labour market, with more businesses experiencing rising concerns about the availability of both non-management skills and staff turnover.

However, over the next 12 months, growth in both exports and domestic sales are expected to increase, to 3.5% and 4.2% respectively.

Capital investment growth is predicted to slow to just 0.8% in the year ahead and bosses are planning to scale back on increases in staff development and R&D budgets.

Ms Dunhill, who is also regional director for the South East, said: “Although confidence is still in negative territory in the South East, it is promising to see a gradual upward trend emerging. Hopefully, over the coming months, and with more certainty around Brexit, we will see this trend reach positive figures.”

“Businesses in the South East need to put any concerns behind them and continue to invest in employees and future prospects in order to grow.”

She urged employers in the East of England to stay strong.

“Businesses need to continue with these investments despite the difficulties they will inevitably face. Britain’s withdrawal from the EU has meant that there is a strain on both management and non-management skills due to a lack of EU temporary workers, particularly affecting the food industry.

"If we continue to see the same upward trends in profits and sales, businesses will be able to overcome these worries and continue to grow in to 2018.”