YOU ARE AT: Business MK > News > Ryanair begins new routes from Luton but voices fears of a ‘hard’ Brexit for UK 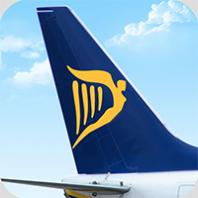 The airline will fly passengers to Alicante, Barcelona and Malaga in Spain, Bologna in Italy, Athens and Cork.
The routes are part of Ryanair’s plans to grow its London operations.
However, the airline remains concerned over the prospect of a ‘no deal’ hard Brexit when  the UK leaves the European Union in March next year.

Chief executive Michael O’Leary said: “While we hope that a 21-month transition agreement from March 2019 will be agreed, recent events in the UK have added uncertainty, and we believe that the risk of a hard Brexit (which could lead to flights being grounded for a period of days or weeks) is being underestimated.”