YOU ARE AT: Business MK > News > Rotarians pay tribute to club stalwart 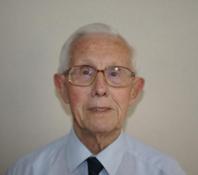 MILTON Keynes is a modern success story we are all proud to call home. From an area that housed some 40,000 people in 1967 when Milton Keynes Development Corporation was established, the new city now has 229,941 residents and is the headquarters of many major companies.

But how did this all come about and who made it happen?

MKDC was set up to provide the vision and execution of a “new city” that would be the latest interpretation of the Garden City movement, and the person entrusted with implementing this was Ernest Pye, the Chief Officer of the Corporation, who had a string of engineering and planning qualifications from Liverpool University and extensive experience with various councils.

His job was to ensure the provision of the new city’s infrastructure including the roads, bridges, underpasses, sewers, electricity, lighting, gas, water, TV cables and other services.

Over the next few years his responsibilities with the Corporation varied and increased and he became Assistant General Manager in 1974. He retired in 1984 after 17 years, becoming the longest serving Chief Officer of the Corporation.

Ernest died on February 18,  just weeks before his 90th birthday. In recent years he and his wife, Jean had lived  at Ashby House when they both became infirm and he continued to live there after her death.

He is survived by their two daughters, Judith and Kathryn.

Ernest was instrumental in setting up the Rotary Club of Milton Keynes in 1978 and worked for the next 45 years on Rotary  projects benefitting the community, as well as being involved in other voluntary and church work.

He had high sartorial standards and was at all times immaculately dressed in a suit, white shirt, tie and highly polished shoes.

His friend Ben Affleck said: “He was a true gentleman with attributes to treasure such as courtesy, sincerity, tolerance, resourcefulness, friendship, and respect for other people’s views.”

John Napleton, a fellow Rotarian and former colleague at Milton Keynes devellopment Corporation, said: “Ernest was my Director and Assistant General Manager dealing with a wide range of matters at Board level. I was eternally grateful when he was on the panel which appointed me Director of MKDC.

"In the following year he was always ready to help me with my new role and was supportive when the going got tough.

"Ernest was a gentleman in the true sense of the word but could be quite forthright when he disagreed with your opinion. He will be missed.”