YOU ARE AT: Business MK > News > Risks to reputation top worry list for CEOs 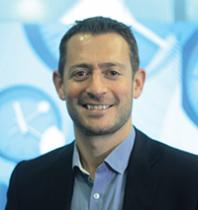 Reputational risk has risen to the top of CEOs’ agendas as public scrutiny of business intensifies, according to the findings of a new survey by KPMG.

Operational and reputational risk are the biggest concerns they face, says new research from business advisers KPMG. The findings mark a significant shift from last year when neither category featured in the top ten list of challenges.

The change reflects the heightened scrutiny of business practices by government and the public, says KPMG’s senior partner in Milton Keynes, Ben McDonald.

Despite the uncertainty created by Brexit, only 13% of chief executives cited political change as a major concern. However, many are hiring experts to help them to understand geopolitical risk; 70% had already recruited new specialists into their management teams to plan for the future and mitigate political risk.

Mr McDonald said: “Fuelled by global and domestic uncertainty and the increased threats to firms on multiple levels, the business landscape has become incredibly complex.

"Yet, the CEOs who have ridden the storms facing their sectors over recent years have become more agile, constantly aware of the importance and the fragility of their brands, and doing their utmost to protect them.

“This has also brought new demands for the CEO: they must be emotionally intelligent to navigate this change and guide and inspire their people through it.”

Four out of five chief executives have attended training courses inn the past 12 months to help them to meet the challenges of their role. Many, however, are not extending the same opportunity to their staff; 42% have no plans to invest in new workforce training over the next three years, except to maintain current business needs.

Mr McDonald said: “Closing the book on new staff training while future growth is uncertain may seem sensible, but it risks throwing future opportunities away.

“The recent election result in the UK, combined with ongoing uncertainty over the implementation of Brexit, means CEOs must invest now to have the skills they need for the future.

"Leaders must equip their colleagues with the right training, confidence and resilience to enable them to quickly adapt as political events unfold.”

Mr McDonald said: “Although the UK stock market has reached an all-time high and economic growth is picking up, companies are still resistant to open up their cheque books.

"The financial crisis was a chastening experience for many and has left some business leaders inherently risk averse and unwilling to invest in anything but the tried and tested products and technology.

“However, this cautious approach could see British businesses risk missing out on new opportunities, which will instead be seized by their international counterparts who are investing now.”

KPMG interviewed 151 UK chief executives about their investment plans for the future and the issues affecting their business.

Other key findings from the report