YOU ARE AT: Business MK > News > Retail closures fall to lowest level for four 4 years 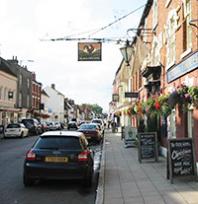 The study by business advisers PwC, compiled by the Local Data Company, concludes that despite the advance of online retail and a testing economy, the net number of stores closing over those opening has reduced from 90 last year to 25.

The figure is the smallest number since 2013.

Milton Keynes faired well with a net loss of only three stores, with 19 closures and 16 openings.

Bletchley and Wolverton however, had a net loss of 1 store with no new store openings over the period.

The analysis also finds that online growth may be a factor in an already leaner, fitter high street evolving further, with a higher online sales presence in the UK as a percentage of total retail sales than the United States or any country in Europe.

Desktop PCs are still the most popular device for placing online shopping orders but mobile devices, especially smartphones, are catching up.

Andy Lyon, partner and head of retail at PwC in the Midlands said: “It is encouraging to see the high street holding up – and even rallying in some cases. The twin canons of increased online purchases and a tough economy have seen many retailers take a long, hard look at their store portfolios.

“There will always be a physical presence on the high street but developments in technology are accelerating and impacting future staffing and operating models.

“Ways of shopping are continuously transforming and include subscription models, the connected home, and companies using data analytics to suggest your next purchase. Major questions are beginning to be asked about who will ultimately ‘own’ the consumer.

“The UK is one of the world leaders for consumer online purchases. Retailers must continue to evolve if they are to make the most of both new digital opportunities and the country’s high streets.”

However, across multiple retailers in the South East, charity, shoes, gifts, and women’s clothing shops were among the hardest hit in the first half of 2017.

PwC insolvency partner and retail specialist Mike Jervis said: “The relatively low level of net closures in the first half of this year reflects a more stable environment, with consumer confidence proving more resilient than expected as the year unfolded.

“Historically the number of retail insolvencies has been a major factor in the volume of store closures. 2017 is on course to post the lowest level of administrations for more than a decade, with a favourable impact on overall store numbers.

“The environment is, of course, uncertain, with recent data showing a more challenging retail environment. I expect net store closures to be an ongoing feature of the market. Retailers will choose specific closure stores very carefully and will aim to capitalise on leases expiring in the ordinary course of their businesses.”