YOU ARE AT: Business MK > News > Restructuring survey reveals challenging times ahead for UK economy 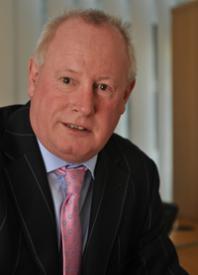 Four out of five bankers, lenders and advisers are forecasting no real improvement in the economy, while 45% expect defaults to increase as failing business struggle to restructure their finances.
The findings have been published in new research by business adviser Grant Thornton. The recent carnage among retailers that has seen the demise of Blockbuster, Jessops and HMV has led to the sector being rated the weakest in the survey.
The hotels, pubs and leisure sector is also at risk but sectors including food and drink and energy are seen as more robust.
Grant Thornton advisory partner Ian Carr (pictured), whose remit covers Milton Keynes, said 2013 would be “difficult” as consumer confidence remained low amid tough trading conditions.
He added: “Buckinghamshire and the surrounding area is no exception and although the region is home to a good mix of businesses including the more traditional manufacturing sector, there is still a good smattering of leisure, retail and haulage and logistics companies which are particularly vulnerable sectors at this time.”
Bank forebearance levels, which give temporary relief on loans, are expected to remain relatively high, however, the survey found.
Mr Carr said: “This may give those businesses which are experiencing difficulty some breathing space. Now is the time for these companies to get their houses in order for future refinancing as, if they fail to change this year, 2014 is expected to be even more challenging.”
Cost cutting remains the restructuring tool of choice, the survey revealed, ahead of more fundamental measures such as diversification or the sale of non-core assets, are less favoured.
The research also showed that enforcement action is the last resort for lenders and employed in the minority of cases.