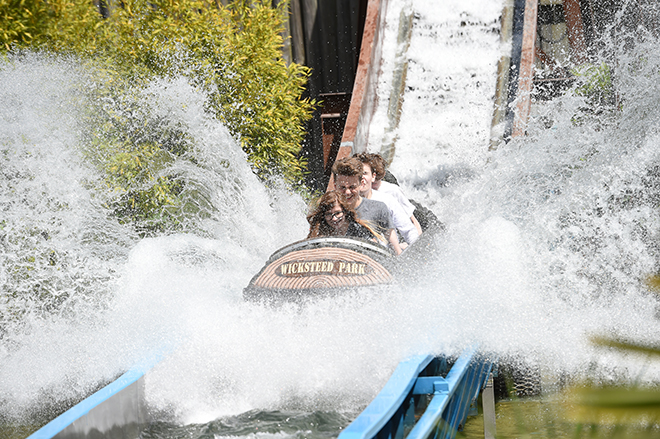 RESTRUCTURING plans are under way to save the future of historic theme park Wicksteed Park in Northamptonshire.

Wicksteed Charitable Trust, which runs the park near Kettering, called in the administrators this week.

The coronavirus outbreak left the trust with no income for months, apart from a small amount of car parking revenue, prompting it to ask people to help ensure that the park survives for visitors to enjoy during next year’s centenary year and beyond.

Thery have agreed a revised structure for a new company that, with support from the Trust and the local community, will enable Wicksteed Park to survive through to 2021.

The trust hopes that by then the threat of coronavirus may have dissipated sufficiently to enable Wicksteed Park and its attractions to fully open its gates to the public once more.

Mr Wicksteed said: “The new company, funded by the Trust, is a much streamlined business aimed at getting the park through to next spring when it can hopefully start to reopen fully but we need people’s help, support and understanding in order to try and make that happen.

“The costs of the old business were crippling and could not be sustained with the huge loss of revenue already suffered this year. Even if park rides opened in July, the costs of social distancing measures and the reduced capacity at which the park would have had to operate, would have meant it was unlikely to be financially viable.”

Wicksteed Park was opened by Charles Wicksteed in 1921.  The parkland itself is owned by the Wicksteed Charitable Trust, while the rides and attractions and the events staged at the park’s pavilion were run through a wholly owned but separate trading entity, Wicksteed Park Limited.

At the heart of the deal was the Trust’s determination to ensure that while the attractions remain closed, there was sufficient funding available to enable the parkland and pavilion to stay open so that the local community can still visit and enjoy the surroundings.

It had also pledged to honour any bookings for events and shows in the park which customers will be able to reschedule for a future date as soon as government guidelines allow for it.

Tollers managing partner Duncan Nicholson said: “Wicksteed Park is a historic and vital leisure facility for the people of Kettering, Northamptonshire and the whole of the UK.  It is both historic and unique.

“While Covid-19 created a perfect storm resulting in the devastating news that administration had resulted, at Tollers we are delighted that we have been able to work with the Wicksteed Charitable Trust and the administrators in order to preserve the facility in the short term through a restructure with the intention to safeguard Wicksteed Park and its attractions for the long term benefit of the community.”

The charity has invested millions in recent years to secure a sustainable future for the park. Mr Wicksteed said that this level of investment had affected profitability over the last two years and that, coupled with the prospect of no profitable trading for a whole financial year, had meant the Government’s Coronavirus Business Interruption Loan Scheme was not an option.

He said that the company would not have been able to afford the repayments on a huge bank loan whilst maintaining charitable output such as free access to playgrounds and parkland.

“There has been no meaningful government support for charities such as ours (apart from the furlough scheme).”

He acknowledged that even with the government’s furlough scheme the company had still needed a substantial amount a month simply to continue operating the country park alone, even without the park’s rides and attractions.

Mr Wicksteed added: “We have been overwhelmed by messages of support received from people across the country during the current crisis and would like to thank people for their continued backing and loyalty.

“The green space access that we have provided during this crisis has been crucial for people’s mental health and wellbeing.

“But ultimately, Wicksteed Park is a private park which costs a great deal of money to maintain if we are to continue to open for people to use free of charge, as we have for the last 99 years.

“The Trust receives no regular external financial support or public funding unlike other national or council owned parks, but still makes a contribution to the local economy of at least £11million each year.

“We now need people, not least the Government, to recognise all we have done for the many millions of people who need our park and our work supporting the community.

“The sacrifices that people are having to make during the current crisis are extraordinary and in some ways Wicksteed Park and its future are nowhere near the top of people’s priorities, as they become ill, lose loved-ones and struggle to make ends meet financially.

“But millions of people across the country and generations of families love Wicksteed Park and have scores of happy memories made here.

“It is a touchstone in their lives and a representation of the fun times they have had – and when the country comes out of the other side of this crisis, as it inevitably will, it will be one of the places that people will want to return to as a sign that normality has returned.