YOU ARE AT: Business MK > News > Repeal Bill must deliver ‘day one certainty’ for businesses, says Chamber chief 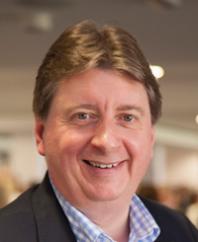 Paul Griffiths (pictured), chief executive of Milton Keynes and Northamptonshire Chambers of Commerce, said: "A stable regulatory framework – not immediate disruption and change – is important at a time of transition and business uncertainty.

"Since businesses have already incurred the costs of adjustment and adaptation, existing EU rules should be maintained, with more thorough reviews over the fullness of time.”

He was responding to yesterday’s announcement by Prime Minister Theresa May that the government will include a bill in the 2017 Queen’s Speech to repeal the European Communities Act 1972.

Mr Griffiths said: “Businesses need day-one certainty on the rules and regulations they will face when the UK exits the European Union.

"The Prime Minister’s announcement demonstrates that the government appears to be getting the message on the need for legal and regulatory clarity. Businesses will welcome Mrs May’s focus on stability but will await the details of the planned ‘Great Repeal Bill’, and a better understanding of the terms of trade they will face in future, to pass final judgment."

On the PM’s announcement that Article 50 will be triggered no later than March 2017, Mr Griffiths said: "For most businesses, getting Brexit right is far more important than doing it quickly.

“Now that the Prime Minister has set a timetable, the government must demonstrate to business that it has a clear and coherent strategy to defend the UK’s economic and business interests in the negotiations that lie ahead."