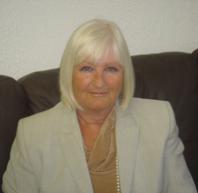 More than two-thirds want to recruit, says new research by the British Chambers of Commerce, but employment regulations are posing significant difficulties.
One in five have been threatened with an employment tribunal claim against them in the last three years. More than half find the dismissal rules too onerous while others cite health and safety rules and those around sickness absence unnecessarily burdensome.
Bedfordshire & Luton Chamber of Commerce chief executive Cheryl Smart (pictured) said: “The majority of the UK’s small businesses want to grow. They want to invest and take on more employees but they are also pessimistic about the UK labour market’s skill level and flexibility.
"Businesses tell us that their ambition to grow is severely frustrated by the difficulties they face in doing so.”
Dismissal rules were too complex, tribunal cases were “endemic” and the BCC survey revealed that 80 per cent of small firms buy in external expertise to help their compliance with employment regulations.
Mrs Smart said: “The more staff they take on, the more likely they are to face claims. The risk is that one bad recruitment decision could wipe out a whole year’s profit, or worse.”
The BCC report also found:
The BCC says that the UK’s labour market flexibility has been seen as one of the country’s major competitive advantages and is considered greater than the rest of the EU.
A spokesman said: “If the UK’s small firms perceive that our competitive advantage in labour flexibility has been damaged, this could impact on the wider views of the business community when making investment decisions.”
Mrs Smart said: “We recognise the government has taken some steps towards improving the tribunal system but with new agency rules, parental rights and pensions changes all coming down the track before 2015, the net result for our small firms will be negative.
“The more flexible the employment market is, the more jobs will be created. Business owners want to recruit, so the government must provide a simplified and stable regulatory environment to encourage them to do so.”