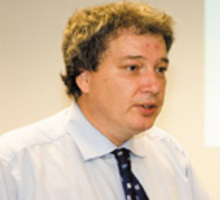 The figure has been calculated by Milton Keynes and North Bucks Chamber of Commerce, based on regional figures from the governmentâ€™s own Regulatory Impact Assessment.

Â£310 million is the total spent by local businesses since the RIA was introduced in 1998, according to Chamber figures. The Burdens Barometer published by the British Chambers of Commerce reveals that government departments carry out a total of 77 RIAs, almost three-quarters of which originate from the European Union.

The Chamber has pledged to step up its lobbying for the red tape burden to be reduced. “Enough is enough,” said Chamber chief executive Sean Hickey.

“This is not tax. This is money that has been lost to the local economy due to local compliance and while it is tempting to see regulations as protecting consumer rights, there has to be a balance against the real cost to business.”

The Chamber has calculated that red tape has cost every man, woman and child in Milton Keynes Â£1,400 since the government assessments were introduced in 1998.

Mr Hickey (pictured) said: “That money would at a stroke solve the underfunding locally for the health service, improve the school system and provide significant investment in transport.”

It has cost UK business Â£55.6 billion, of which the South East has paid almost Â£9.5 billion. Compliance in North Bucks with the Working Time Regulations 1999, for example, has cost Â£80 million.

Firms locally have paid Â£45 million to comply with the Vehicle Excise Duty (Reduced Pollution) (Amendment) Regulations of 2000, while the Sale and Supply of Goods to Consumer Regulations 2002 have come at a price to North Bucks of Â£6.8 million.

The British Chambers of Commerce has an on-line RIA database where businesses submit examples of onerous regulations. The BCC passes these to the government which, said a Chamber spokesman, is looking for ways to reduce the cost.