YOU ARE AT: Business MK > News > Record number of new firms open in Milton Keynes 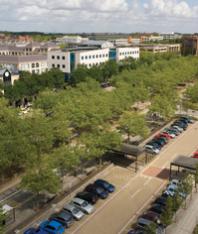 The report shows there were 757 new companies registered – more than any other quarter on record and a 16% rise on the previous year.

Company closures fell by 2%, leading to an overall rise in net company growth (the number of company formations minus the number of closures). There was also a slight rise in the UK company share of Milton Keynes over the three months.
Female director numbers in the city spiked during the first quarter. Between January and March, 27% of all company directors were women, compared to just 18% during the same period in 2013.
Duport.co.uk managing director Peter Valaitis said: “The positive statistics we are seeing in Milton Keynes suggest a local economy that is thriving and full of entrepreneurial spirit.
“The rising number of formations and the falling number of closures imply that business confidence is on the rise, which can only be a good thing for local traders.”
The Duport Business Confidence Report for Milton Keynes contains a range of data and statistics, from company formation numbers to new company naming trends.
More information can be found at www.duport.co.uk/miltonkeynes