YOU ARE AT: Business MK > News > Rates relief plan will do little to help developers

Rates relief plan will do little to help developers 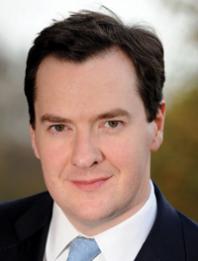 The move follows the announcement by Chancellor of the Exchequer George Osborne in his Autumn Statement.
Graham Heilbuth, associate director of rating at national commercial property consultancy Lambert Smith Hampton, covering Luton, Milton Keynes, Northamptonshire and Cambridge, outlines what this relief means for developers of commercial property.
He also gives his views on whether the exemption will in fact stimulate commercial property development.
What does this mean for the commercial property developers?
Will the EPR exemption stimulate commercial property development?
The policy is a step in the right direction but is unlikely to spur speculative development.
An 18-month EPR exemption for new developments is designed to stimulate construction by removing the unexpected rental void as a reason for not developing new grade A commercial space.
This 18-month exemption appears tentative, while a three-year period of grace would invigorate the market, encouraging employment, stimulating growth and raising future tax revenues from VAT, income tax and corporation tax.
The European Community State Aid rules limit the funding to €200,000 over three years, which will not stretch far enough to encourage large-scale developments, of which the costs would be much higher. Larger scale development viability has far more to do with confidence in the occupier market and whether there is finance available.
The EPR legislation, an unmitigated disaster since its introduction, has actively dampened the commercial property development market and irreparably damaged many businesses.
The government needs to be much bolder and come down firmly on the side of enterprise and growth.
The consultation closes on July 26.