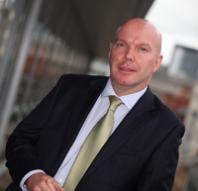 Milton Keynes, Northampton, Luton and Cambridge, said: “The incentives offered by the government – including a £1,000 cash back to 300,000 small business retailers and a cap on rates increases of 2% in 2014/15 – are an admission that the current system is not fit for purpose.
“The government recognises that it needs to encourage more commercial property development and is beginning to take steps to achieve this.  However, the current plans are too little, too late.”
Business rates have traditionally been a tax collected locally on the use and occupation of business premises, although since 2008 rates have been applied in full to empty premises.
Mr Clapham added: “Charging rates on empty properties has discouraged new development. As a result there is an under-supply of grade A accommodation in cities across the UK, including major centres such as Manchester and Birmingham.  This has the potential to act as a drag on growth if the economy continues to rebound at its present rate.
“Tinkering with the system is not enough.  If the government is serious about stimulating commercial property development, it needs to abolish empty rates, introduce self-assessment of rateable value in line with other UK taxes and bring in a standard ‘small business’ charge for properties with a rental value below £20,000.”