YOU ARE AT: Business MK > Growth Debate > Rail upgrade boosts services to city 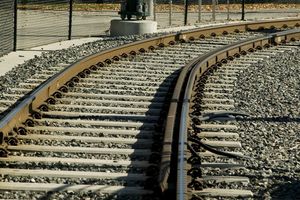 As a result of other timetable changes, Milton Keynes Central will benefit from:

– An hourly Virgin service to Coventry, Birmingham International and Birmingham New Street with journey times reduced by around five minutes.

– An hourly Virgin service to Crewe and Chester from January 26, with some services continuing to Bangor and Holyhead.

– An hourly service to East Croydon and Clapham Junction, beginning on January 26 and also calling at Bletchley and serving the new station at Shepherd’s Bush for Westfield shopping centre.

Last month his organisation announced plans to build its new national headquarters on the site of the National Hockey Stadium next to Milton Keynes Central station, bringing hundreds of jobs to the city.

Mr Croucher said: “This has been an extraordinarily complex project to rebuild Europe’s busiest mixed-use railway. Now it is complete passengers and freight operators will reap the benefits.

"Network Rail has made good on decades of under-investment, and will continue to invest in the route in the years ahead as demand continues to grow.”