YOU ARE AT: Business MK > News > Property agent calls for rethink on business rates revaluation delay 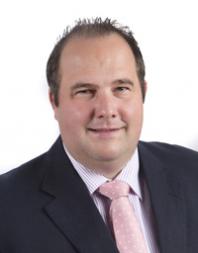 That is the message from a commercial property agent in Milton Keynes, who has urged the government to rethink its decision.
Central Milton Keynes-based Prop-Search says businesses would have expected thei rates bills to have reduced had the revaluation taken place two years earlier.
Ministers say the delay will provide tax stability for businesses but Prop-Search director Richard Baker (pictured) is calling for earlier action.
He said: “There has been no notice given, no consultation with business, and no detailed discussion of how this decision might affect economic growth. Businesses would have legitimately expected their rates liability to reduce if the 2015 revaluation had gone ahead as planned, as the new rates would have been based on April 2013 rental values.
“Currently, businesses are paying higher rates than reflect present economic conditions and, in some places, this has led to the rates liability exceeding the rent.”
Current rates have been calculated based on a valuation that took place in April 2008, prior to the significant drop in rental levels that has occurred in most locations since then.
Mr Baker says that the government’s decision to delay the next revaluation means that businesses will continue to pay higher rates for longer – “an unexpected and additional financial burden on them in continuingly difficult trading conditions.”
Rateable values, assigned by the Valuation Ioffice and used by councils to calculate the business rate, have been reasessed every five years since 1990 in order to keep them in line with rental values.
The 2015 Revaluation would have benefited certain geographical areas and many High Street retailers, where many rentals have collapsed in value, but would have increased Rateable Values in some growth sectors, where rentals have recovered to levels of those set in 2007/08.