YOU ARE AT: Business MK > Lifestyle > Pro boxer dresses to pack a punch 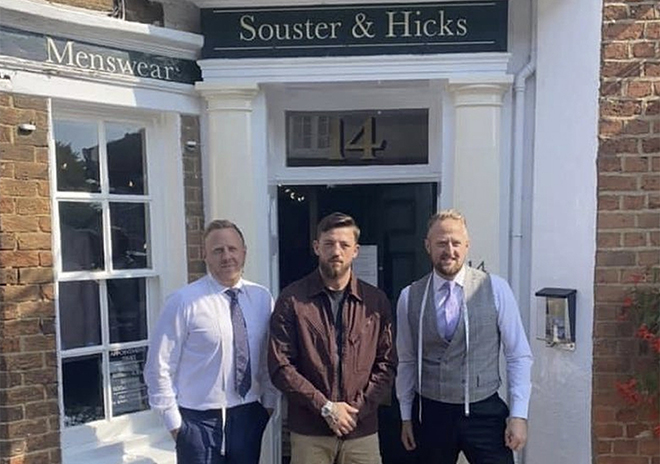 BOXER Jordan ‘The Wanderer’ Reynolds is determined to look the part ahead of his professional debut later this month.

He has been to tailors Souster & Hicks in Woburn after reaching out via social media.

The MTK Global signed boxer posted online that he was looking for a local tailors, when Souster & Hicks reached out to the fellow Lutonian.

“When we saw Jordan’s post, we reached out to him immediately because of our mutual connection with Luton,” said Scott Souster, who runs the bespoke tailors in Woburn.

Souster & Hicks, is a family tailoring business established in Luton and Dunstable in 1978 by husband and wife Geoff and Laura Souster. The tailoring business has since gone on to inspire a new generation with sons Scott and Wes joining the business, along with daughter-in-law Natalie.

Scott said: “We had been following Jordan’s career for the past couple of years and were keen to support him with his first professional fight. So we have kitted him out with a beautifully tailored jacket from Italy, plus a crisp white shirt paired with navy chinos, all from our ready to wear collection.”

Jordan, who fights at middleweight and has turned professional after a successful amateur career, said: “Get ‘The Wanderer’ effect. I can’t believe what Souster & Hicks did for me.”

He also posted a social media video ahead of his debut fight. Watch it here.