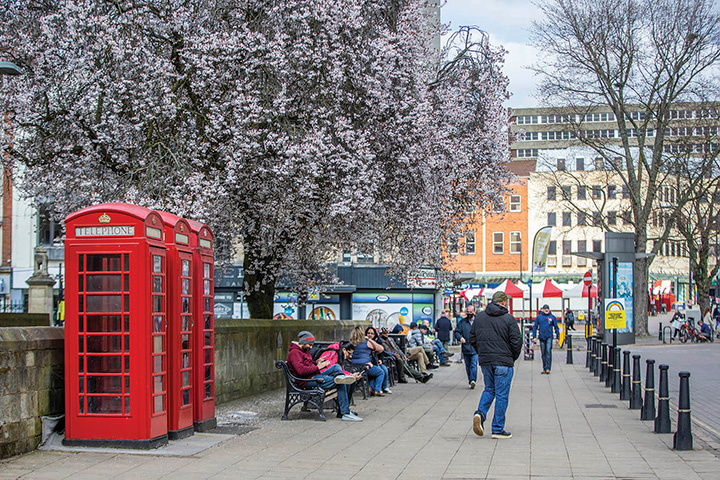 MANY firms in Northamptonshire are expecting their turnover to increase this year. But they are also bracing themselves for a rise in prices.

Service sector companies were the most upbeat about 2022, according to the county’s most extensive business survey. Most manufacturers are also confident about their future turnover figures but they also anticipate that their profits will fall in the next 12 months.

The findings have been published in the latest Quarterly Economic Survey by Northamptonshire Chamber of Commerce for the last quarter of 2021. Chamber head of policy Sean Rose said: “It is good to see that Northamptonshire businesses are positive about the future. However, despite the optimism, concerns about price pressures are once again dominating our survey results.”

Almost nine in ten service firms and nearly 60% of manufacturers who responded to the survey expect prices to increase during the first three months of 2022, he added.

Almost half of the county’s service firms had seen domestic sales grow during the last quarter and more than 80% of manufacturers had seen their current and advanced domestic orders remain constant or increase.

A similar percentage of Northamptonshire’s service firms report that their overseas orders had increased or remained at the same level as the previous three months.

Around half of service firms also said their workforce had grown at the end of 2021 and nearly 70% of manufacturers reported that their numbers had remained stable. However, businesses in both sectors which tried to recruit at the end of 2021 said they had experienced difficulties in hiring new staff.

The QES is part of the biggest and most representative survey of its kind in the UK. QES data is used by the Bank of England to inform interest rate decisions, by the Treasury to help formulate economic policy and by international finance institutions to assess the UK’s economy.