YOU ARE AT: Business MK > Law > Pregnancy, maternity and the dos and don’ts at interview

Pregnancy, maternity and the dos and don’ts at interview 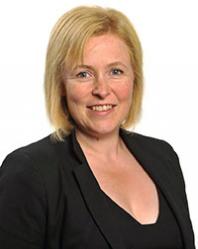 The warning comes as a new report by the Equality and Human Rights Commission reveals that a significant number of employers think that it is OK to ask female candidates about pregnancy and their plans to have children.

According to the EHRC’s report, 59% of private-sector employers wrongly believe that during the recruitment process a woman should have to disclose whether she is pregnant.

Over a third (36%) of the senior decision-makers interviewed thought it acceptable to ask women about their plans to have children before deciding whether to give them a job, while 46% agreed that it is reasonable to ask female candidates if they have children.

Employment law expert Paula Bailey pictured, a partner at Howes Percival, says: "In the UK, it’s unlawful to discriminate against a job candidate on the basis of sex or pregnancy.

“However, I think it is correct to say that some employers still have the misconception that if a woman is pregnant, she has to disclose that to the employer during the recruitment process and that if they don’t, this can enable them to take steps to terminate their employment.

"Obviously, a woman is under no obligation to tell a prospective employer that she is pregnant during the recruitment stage and the employer should not ask whether she is at interview.

“It’s also unacceptable to ask a woman about her plans to have children. If a female candidate doesn’t get a job because she says she is planning to have a family, the inference is that the employer has committed an act of sex discrimination.

“Similarly, any dismissal of a pregnant employee because of their pregnancy would be automatically unfair and amount to discrimination.

“In many sectors there’s a shortage of talent and women of childbearing age have significant skills to offer. It’s extremely short sighted for employers to take a negative view of pregnancy or employing women who may have plans to have children.”

Questions employers must not ask during the recruitment process: