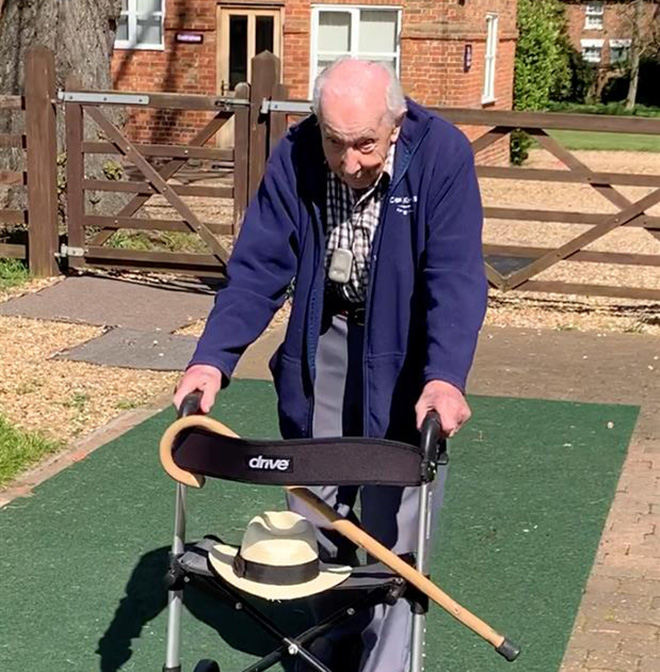 Tom Moore: The 99-year-old has raised more than £2 million for the NHS.

A WAR veteran who has walked 100 laps of his own back garden before his 100th birthday at the end of the month, has raised more than £14 million for the NHS.

Since last Monday, Tom Moore, 99, had been doing daily laps of his 25-metre long garden in Marston Moretaine, with the aim of walking 100 laps by his 100th birthday on April 30.

Tom has garnered national publicity appearing on BBC1 Breakfast and Good Morning Britain and has consequently smashed his original target.
Tom’s daughter, Hannah Ingram-Moore, who is co-founder of Bedfordshire-based business consultancy The Maytrix Group, initially set up the JustGiving fundraising page for her father with a fundraising target of £1,000 for NHS Charities Together.

However, Tom’s efforts have gone viral with donations coming in from all over the world.

“We are overwhelmed by the response,” said Hannah. “It’s extraordinary. We remain proud and humbled by the generosity of the British public.”