YOU ARE AT: Business MK > News > Plans for apprentices are 800 years in the making

Plans for apprentices are 800 years in the making 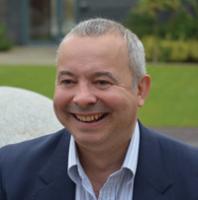 BARELY noticed by all except those of us who obsess about these things, one of the Chancellor’s most important Budget hat-rabbits was the announcement of £170 million extra cash for employers to receive to pay for apprentices.

On top of that, Mr Osborne’s generosity stretched to a further £20 million to go towards the training of degree level and post-graduate apprenticeships.

This has to be good news, particularly bearing in mind that some apprenticeships are over-subscribed by more than 12 to one – equivalent to the kind of competition faced by would-be Oxbridge students.

Britain has a very ancient attachment to this form of education and job training. A government white paper released last year on the subject and entitled Rigour and Responsiveness in Skillswas well wide of the mark when it described apprenticeships as having “worked for over 600 years.”

The National Archives holds a document from the Chancellor’s own department recording an indenture signed on 28th October 1255 for John de Sancta Cruce of Oxford, to be apprenticed to London goldsmith Peter de Staundune for nine years, and there is evidence to suggest such practices were common in Anglo-Saxon times, 300 years before that.

Mrs Thatcher’s government clashed frequently and passionately with the trades unions about the decline of apprenticeships, particularly within our great engineering-based manufacturing industries.

Apprenticeships have existed for so long and arouse such passions specifically because they work. Mixing classroom learning with on-the-job training is the perfect method for developing people who can come into an existing workforce, be productive from the outset and be well placed to progress within the business.

Everyone agrees apprenticeships are a great idea. The problem, as ever, is how they’re paid for.

In John de Sancta Cruce’s day it was simple. Apprenticeships were highly sought after so his uncle paid his goldsmith employer for the entire period during which time John received board and lodging but no wages.

Today, the government wants to create a system whereby employers will receive money to pay for apprenticeships through the tax system rather than it coming to the training providers like Milton Keynes College. The problem is, that creates more bureaucracy for businesses and many fear it may put companies off, particularly smaller ones which are most paperwork averse.

At Milton Keynes College we spend a lot of time persuading employers of the merits of taking on apprentices, and we must hope that sufficient creases are ironed out of the new system before it comes into effect or that job will be harder still.

The thing is, apprenticeships are just too important to get mired in regulation. We received a nod of appreciation from the Skills Minister, Mathew Hancock, in Parliament last week. In answer to a question about mentoring from Milton Keynes South MP Iain Stewart, he said: “I have visited Milton Keynes with my hon. Friend and seen some of the excellent work on apprenticeships there.”

Apart from giving all the staff and students a little blush of pride, such acknowledgement from government of the importance of the sector is very encouraging; it hasn’t always been that way.

I ought to point out that, as well as helping to train apprentices, we have a number of our own at the College. This week a couple of them Alistair King-White and Simran Deshi have had the chance to shadow our principal Dr Julie Mills who in turned shadowed Alistair in his role as engineering and maintenance technician.

The job swap was part of a national competition called the Brathay Challenge (@Brathay) which is sponsored by the National Apprenticeship Serviceand which aims to find the Apprentice Team of the Year.

We have high hopes – but then we always do.