YOU ARE AT: Business MK > News > Plan ahead for new rules on remuneration, experts urge plcs

Plan ahead for new rules on remuneration, experts urge plcs 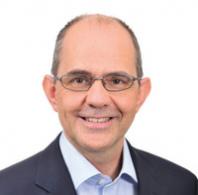 In a consultation that closed at the end of April, the government invited comments on its proposal that a company must obtain a 75% vote in favour of its forward-looking remuneration policy.
Other proposals include the introduction of a binding vote on all exit payments that exceed one year’s salary. The changes are expected to come into force in 2013.

If the proposals go ahead, which is likely, this may encourage companies to discuss their remuneration arrangements with shareholders in advance of them seeking formal approval from shareholders.

Mike Robinson (pictured), senior partner at PwC’s Milton Keynes office, said: “These proposals are expected to provide shareholders with the opportunity to influence future remuneration policy, including areas such as performance-related pay, and any discretionary payments. The move to introduce greater transparency is important and will boost shareholder and public confidence.”

Reward specialist Rupert Hutton added: “Public and political concern on matters of executive remuneration is driving this agenda for change and shareholders may soon be given a more active and significant role in such decision-making.  Companies need to ready themselves and start thinking now about the future.”