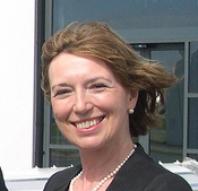 The ICAEW/Grant Thornton UK Business Confidence Monitor for the last quarter of 2011 reveals a confidence rating of -7.2 in Bedfordshire, Buckinghamshire and Hertfordshire.
The figures have plummeted since a score of +12.9 for the period April-June 2011 and of -3.5 for the July-September quarter. The score continues the trend of a general decline in confidence seen in the region over the last seven quarters, from a post-recession high of +33.3 in Q1 2010.
Expectations for business growth over the next 12 months have also worsened. Firms’ anticipated increases in sales volumes and gross profits for the coming year have both dropped to 3.8%, their lowest in the last eight and nine quarters respectively.
Likewise, expectations for turnover growth have weakened to 4.3%, well below typical pre-recession expectations of around 6.1% growth.
Staff turnover, a sign of a strong employment market, is also becoming more of a challenge for firms in Beds, Bucks and Herts, with 17% of firms reporting it to be a greater challenge now than 12 months ago. This is a sharp upward trend from less than one in ten businesses (8%) in Q4 2010.
ICAEW East of England regional director Pippa Bourne (pictured) said: “The evidence shows that this is a very tough time for business in Beds, Bucks and Herts, but when out visiting firms in the region I have found in some areas and in some sectors businesses report a reasonable level of activity even though there is a gloomy outlook generally.
“Despite this businesses in Beds, Bucks and Herts are becoming increasingly worried about the immediate outlook and the risk of a double dip recession.
"They are looking to government to take urgent steps to restore business confidence and to show that it understands the need to rapidly change the mood music that the business community clearly feels.”