YOU ARE AT: Business MK > News > Partnership completes handover of HCA land assets 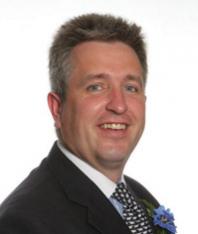 Under the terms of an overall agreement to ‘localise’ the HCA’s roles and responsibilities in Milton Keynes, the council will take over full control of planning decisions in the area and responsibility for managing the Milton Keynes tariff-based infrastructure programme, as well as purchasing the land previously held by the HCA in Milton Keynes.
The official handover was marked by a ceremony on a site in South 2nd Street, Central Milton Keynes – one of the parcels of land being transferred across to the council.
The transfer has been consistently supported by all three political groups on the council.
Council leader Andrew Geary (pictured) said: “It is no exaggeration to say that this an historic occasion, not just for the council but for the whole of Milton Keynes.
“For the first time since the inception of the new city in 1967, all the powers to determine the nature, quality and pace of development in Milton Keynes – both through the exercise of planning powers and through the ownership of land with significant development potential – will be held by the locally accountable body, Milton Keynes Council. This is truly localism in action.”
Milton Keynes MPs Mark Lancaster and Iain Stewart joined Cllr Geary, council chief executive David Hill and other dignitaries at the ceremony.
Mr Lancaster, MP for Milton Keynes North, said: “It was a great pleasure to help ensure that such a large amount of land from across the city has been transferred from the HCA to Milton Keynes Council.
“It will enable the people of Milton Keynes to have far greater power over the development of our city and is a sign that localism is working.”
Mr Stewart, who represents the Milton Keynes South constituency, said: “I was very pleased to be able to assist in this matter. It is an important milestone for Milton Keynes as it means that local people, through their democratically elected councillors, will have a much greater say on how we develop our city in the future.”
The assets being purchased from the HCA were transferred to the Milton Keynes Development Partnership, a new body set up by Milton Keynes Council to bring an entrepreneurial and commercial approach to the development of these assets.
The newly appointment independent MKDP chair John Duggan said: “These are exciting times for the future development of Milton Keynes. The MKDP will seek to ensure that these assets are used to bring the greatest possible benefit to all the citizens of Milton Keynes, reinforcing the potential of the city as an economic powerhouse.
“We are now looking to recruit independent members to join the board to bring additional commercial acumen to our consideration of future options for the development of these property assets.”
The MKDP has been set up to facilitate Milton Keynes’ continued growth and economic success by promoting the development of land assets being transferred to the council from the Homes and Communities Agency
In October, government agreed the transfer of assets and responsibilities from the HCA to the council in a groundbreaking deal making the council the sole planning authority in Milton Keynes for the first time, as well as giving it direct responsibility for the operation of the successful MK infrastructure tariff mechanism.
Milton Keynes Council has paid around £32 million for the land which will transfer from the HCA, which includes sites for new homes, offices and commercial premises in Central Milton Keynes and across the borough.
MKDP’s role will be to take a commercial and entrepreneurial approach in reaching deals with third party developers and investors. It will also engage communities and stakeholders, and work collaboratively with public and private sector partners.