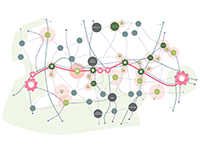 DESPITE Brexit uncertainty still dominating the news, we can at least be sure that Milton Keynes and its neighbouring regions have plenty to look forward to.

The government’s ambitious plans to invest billions into the transport, housing and infrastructure of the towns and cities stretching from Cambridge to Oxford are now beginning to take shape. The ‘Oxbridge Corridor’, which incorporates Northampton, Milton Keynes and Bedford, offers the prospect of unprecedented growth for businesses in this region to capitalise upon.

Within the past 12 months, significant steps have been taken to address two issues identified by the National Infrastructure Commission, namely transport links and housing, that could impede these growth plans.

With its proposed infrastructure improvements, the NIC has predicted that the Oxbridge Corridor could sustain a transformational level of growth, supporting 1.1 million new jobs and up to 1 million new homes across the region by 2050, and the government has re-affirmed its commitment to the area.

Milton Keynes’ commercial influence and reach into the centre and west of England has been stifled by inefficient transport links. The Oxbridge Corridor plans therefore mark the start of a period of considerable opportunity for a region in which Milton Keynes sits at the centre.

Hewitsons’ dedicated Oxbridge Corridor team of specialists from across our offices in Milton Keynes, Northampton, Cambridge and London is already providing comprehensive and commercial legal solutions to landowners, developers, investors and businesses alike.