YOU ARE AT: Business MK > News > Owners scrimp on salaries to fund future of their business

Owners scrimp on salaries to fund future of their business 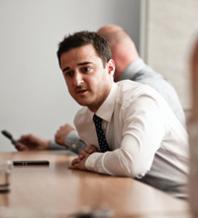 They rely on their business delivering the returns needed to support them and their families, despite certain major risks to their business that have been heightened by the Brexit vote.

The average company owner earns £100,500 a year in salary and dividends but is investing their wealth in their business or in financial investments such as stocks and shares. Options such as a pension have fallen out of favour – 35 per cent of owners do not have a pension fund – and many have property debt approaching £250,000.

The Haines Watts Wealth Survey of the earnings, wealth and spending habits of UK business leaders is based on interviews with companies between £1 million and £50 million turnover.

Haines Watts East regional managing partner Chris Timms (pictured) said: “Our study reveals that company owners are gambling their wealth on their business, leaving their financial security hanging in the balance. This is surprising given how hard they work to generate that wealth in the first place and the obvious risks involved.”

One in three business owners rely on one major customer, with 90pc saying that customer contributes around 30pc of the organisation’s total revenue. That is leaving businesses open to significant risk, Mr Timms said.

Mr Timms said: “Not only are business owners putting all of their eggs into one basket but that basket is riddled with holes. The potential for significant market disruption is never far away and any company could fall to its knees if it does not have the right contingency plans in place to deal with such an event.

“It is careless to cross your fingers and hope for the best. Company owners need to realise how much is at stake, address their biggest areas of vulnerability and regain control of their future.”