YOU ARE AT: Business MK > Growth Debate > Our green and pleasant land

Our green and pleasant land 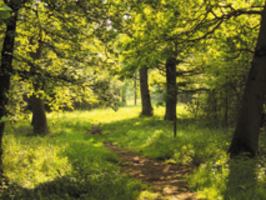 THE definition of woodland in the United Kingdom forestry statistics is land under stands of trees with a canopy cover of at least 20 per cent (or having the potential to achieve this), including integral open space, and including felled areas that are awaiting restocking.

Urban Edenâ€™s experts have cast their eyes over the stats and declare that, yes, Milton Keynes is – like Sherwood or Epping or New (which will now obviously have to change its name to Old) – officially a forest.

Although the list of tree species in British woodland is closely defined, it includes all the usual Milton Keynes species. Woodland includes native and non-native trees, semi-natural and plantation areas. Woodland habitat types are not currently differentiated in these statistics.

There is no minimum height for trees to form woodland at maturity so the definition includes woodland scrub but not areas of gorse or rhododendron, for example, outside woodland.

Virtually all the wooded green spaces managed by the Parks Trust, including Linford Wood (pictured), are already designated woodland, including the grid road reserves.

In 1997, the Parks Trust Estate was given the National Centre of Excellence Award by the Forestry Authority England – one of only four such awards granted between 1993 and 1997. This was in recognition of creating the widest possible range of uses, such as improving quality of landscape, creating benefits for wildlife, providing recreation, growing timber in an environmentally sound way: in short, multi-purpose forestry.

Bizarrely – and apparently because Milton Keynes won it – the award was then summarily discontinued, the alleged reason being that this did not sit comfortably with the up and coming government agendas for new build.